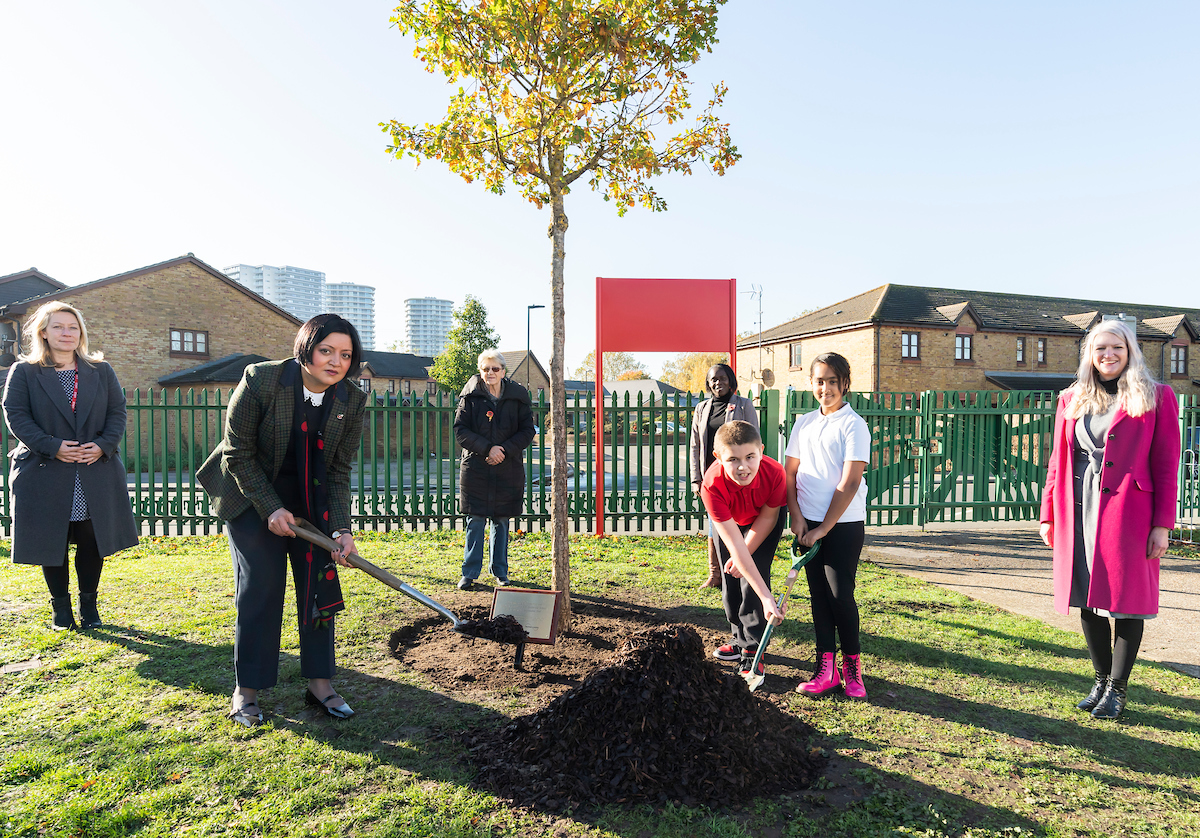 Pupils and staff of Hallsville Primary School in Canning Town, were joined by Mayor Rokhsana Fiaz to mark the 80th Anniversary of one of the worst British civilian disasters of World War Two.

Mayor Fiaz said; “It was a beautiful moment to be with a small group of pupils and teachers from Hallsville School to mark a tragedy that occurred 80 years ago reflecting the horror of war and conflict.

“Six hundred innocent lives were lost at the school when it was bombed during the Blitz as Newham faced the onslaught of the Nazi’s. The planting of the tree was a beautiful way to remember the lives lost in this bombing, and it can now stand as a symbol of memory and reflection. The scale and horror of this bombing during World War 2, in an area of the borough with a high civilian population, shows the immorality of war.

“This tree is a powerful reminder that we must all double down in our efforts to campaign against conflict, and this weekend we’ll mark the memory of all lives lost at 11am on Remembrance Sunday.”

South Hallsville School, as it was then known, was designated as a shelter for locals during the height of the blitz in 1940, as it had an extensive basement area.

But on the night of September 10 1940 – the school took a direct hit from an enemy parachute bomb which ripped through the building reducing it to rubble, this then collapsed into the basement.

The number of fatalities has been hotly contested ever since with government estimates at the time quoting 70 dead, locals however always thought the true figure was closer to 600. Fearing the effect on wartime moral should the true extent of the tragedy become known, officials closed the site and ordered a press black-out, banning reports of the details of the incident, its location or publication of any pictures print pictures of it.

Deputy Mayor Cllr Charlene McLean said; “By planting this tree, and erecting this plaque, we are ensuring that this generation and the ones that follow are aware of the sacrifice made by those who fought and died for the democracy we enjoy today.”