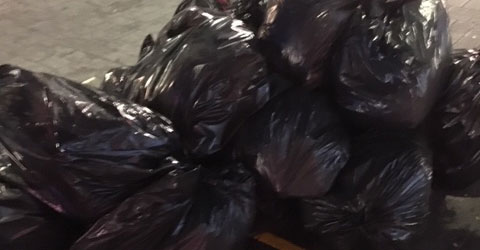 ​​Two men have been handed substantial fines and costs totally over three thousand pounds by magistrates for failing to dispose of waste properly in Newham.

Officers investigated the waste and identified Stephen Boyce, the manager of the Meat Market, High Street North, as responsible for the fly-tipped material. Boyce was interviewed by officers and admitted dumping the meat, concealed in black bin bags, on this and seven other occasions.

On March 21 2019, Mr Boyce appeared before Thames Magistrates Court where he was ordered to pay £1986.70 in fines, costs and victim surcharge payments.

At the same court on the same day, Mr Sullivan Williams, of Colston Road, Loughton, Essex admitted failing in his duty of care to dispose of waste properly.

On September 19, 2018 Williams, who is a builder, paid the driver of a white van £200 to dispose of eight bags of rubble. Mr Williams did not check that the driver had the correct waste licence and the rubble was subsequently fly-tipped at the Lower Lee Crossing, E15.

Newham fly-tip team investigated and the waste led them back to Mr Williams who admitted offences under Duty of Care regulations.
​
Thames Magistrates ordered him to pay a total of £1,230 in fines, costs and victim surcharge.

Cllr James Beckles cabinet member for crime and community safety said: “This is a good result for the fly-tip team, and clearly sends out the message that if you don’t dispose of your waste in a responsible way, you will pay price in Newham. We take pride in our environment and these men could have saved themselves a lot of money and time if they had just followed the rules.”