Dutch hit theatre show is coming to the Royal Docks 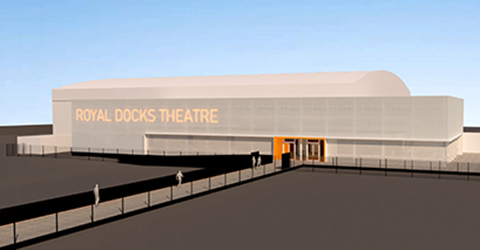 Soldier of Orange – the hit Dutch musical seen by more than three million people – is coming to Newham’s historic Royal Docks after councillors granted planning permission for an innovative purpose-built temporary theatre to house the production.​

Members of the Strategic Development Committee approved proposals for a development of three buildings that will be known as Royal Docks Theatre. It will include an auditorium with a 360 degree rotating 1,150-seat platform that will give audiences an unforgettable panoramic theatre experience as it turns from set to set to reveal a coastline with sand and sea, rainstorms, a palace, and a DC3 Dakota airplane.

Soldier of Orange – The Musical has broken all Dutch theatre records and is the longest ever running musical in The Netherlands. It celebrated nine years of sold out performances last October.

It is based on the autobiography of Dutch resistance fighter Erik Hazelhoff Roelfzema who joined the Royal Air Force as a pilot during the Second World War. He was awarded the highest Dutch military honour for his work in the resistance and his story was also adapted into a film of the same name in 1977 starring Rutger Hauer.

Councillors granted planning consent for up to five years on the currently vacant site to the north of Royal Albert Dock, which will eventually form part of the ABP London business park development. As well as the main auditorium there is space for a restaurant and bar, a museum, a box office and back of house facilities.

Mayor Rokhsana Fiaz, who is also the portfolio lead on inclusive economy, housing delivery, regeneration and planning, said: “It’s a real privilege to welcome this world class production to Newham and to London. It’s an exciting addition to our new plans for a dynamic and vibrant cultural offer in our borough and highlights our commitment to offer residents access to a rich, diverse and creative range of events and activities in Newham. It’s also a fantastic example of how an unused site can be transformed through temporary uses.

“The Royal Docks is fast becoming a vibrant new cultural quarter in London, complimenting the exciting programme of creativity, art and academic excellence emerging in Queen Elizabeth Olympic Park through the East Bank project. All of this will support our innovative community wealth building and inclusive economy agendas where all our residents benefit from the opportunities accelerating in Newham.”

Strategic Development Committee chair Councillor Daniel Blaney said: “This has the potential to attract thousands of visitors to the Royal Docks each year and reconnect them with one of London’s most historic landscapes.”

It is expected that 150 full time jobs in total will be generated while the theatre is under construction and in hospitality and for the production itself. Soldier of Orange Ltd have promised to work with Newham Council’s jobs brokerage service Workplace to maximise the opportunities for local residents.

The UK production will be directed by Theu Boermans. The script is by Edwin de Vries with music and lyrics by Tom Harriman and Pamela Phillips Oland. Set design is by Bernhard Hammer. It has been adapted for the British stage by Jeremy Brock.

Soldier of Orange – The Musical is produced by NEW Productions. Producer Fred Boot said: “London was the location of our Queen in exile during the war. The UK plays a significant role in our history and this story. We are very pleased with this development for such a relevant location. We are looking forward to sharing this universal story of a group of friends, forced by war to make life-changing choices. It is a celebration of the time that the Allies came together to fight for our freedom and democracy.”