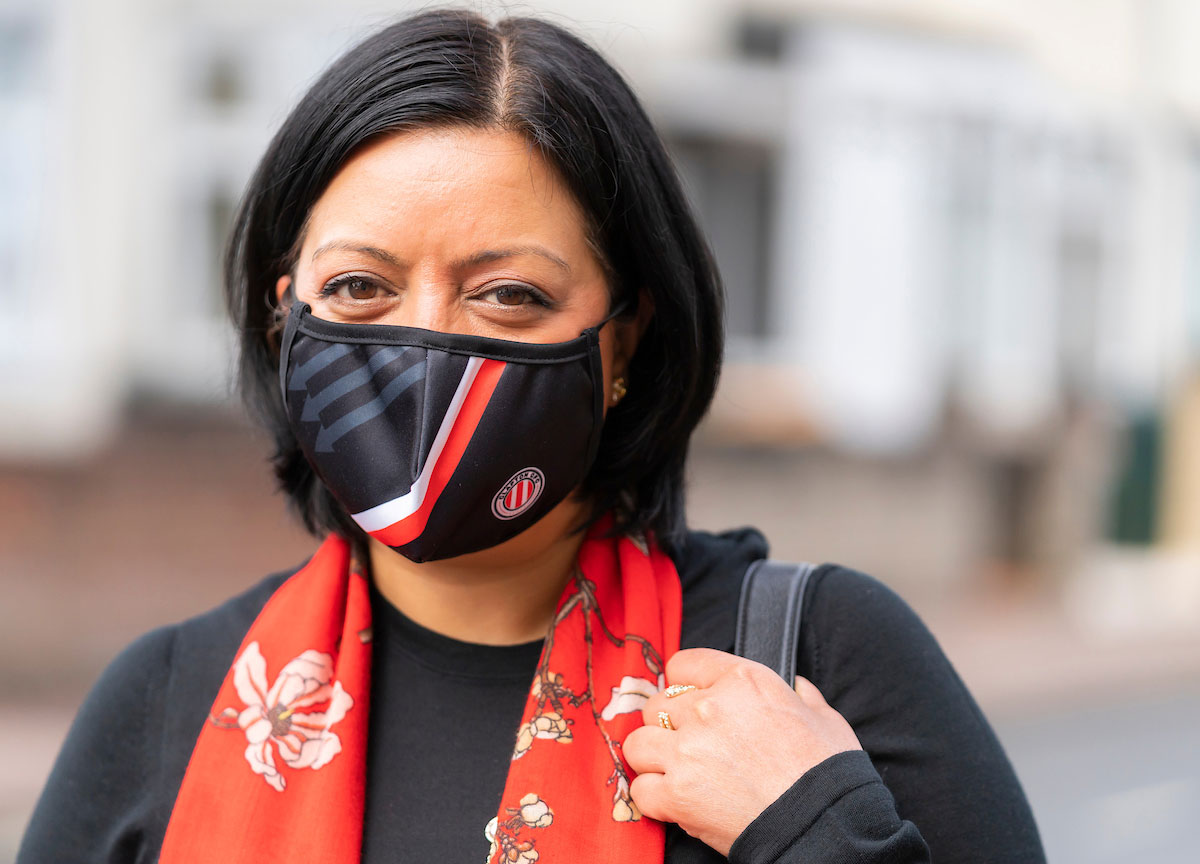 Mayor Rokhsana Fiaz has expressed her delight that Clapton Community Football Club will be returning to their spiritual home in Newham at the Old Spotted Dog Ground in Forest Gate.

Clapton Football Club Limited, the community benefit society behind Clapton CFC, have announced that they have become the proud new owners of the ground off Upton Lane.

Mayor Fiaz said: “I‘m thrilled that finally Clapton CFC are back home in Forest Gate where they rightly belong. After so long, the dedication and focus of the committed Clapton Ultra fans means that the club can finally look forward to playing again at the historic Old Spotted Dog ground.”

The oldest senior football ground in London had been home to Clapton supporters for more than 130 years. In recent years the ground had been owned by various pub companies. The previous owners had been looking for new tenants since last summer. In a vote of the football club’s 1,350 members, it was agreed to make an offer, which was accepted, and the process of changing the ownership has now been completed.

Mayor Fiaz added: “I’m looking forward to working with the club and its dedicated members in bringing the beautiful game to new and diverse audiences in Newham. Clapton CFC are committed to solidarity, cooperation and equality through football. I am so thankful and proud of the Tons.”

Renovation work needs to be carried out so it means the clubs men’s and women’s teams will still be playing their home matches elsewhere in season 2020/21. The Old Spotted Dog Ground board of directors, made up of Clapton CFC members and local residents, are optimistic of raising the funds needed to restore the ground.

Kevin Blowe, from The Old Spotted Dog Trust, said: “For the first time ever, the oldest senior football ground in London is owned by a football club, and a member-run, non-profit, community-focused football club at that. Finally having a ground of our own, owned by members, will offer long term stability for the club and also the chance to build lasting links with the local community.”

The fight to make the Old Spotted Dog a community asset was supported by Mayor Fiaz and local councillors, and West Ham MP Lyn Brown. Newham Council’s Strategic Development Committee gave planning permission in May for the historic former Old Spotted Dog public house, believed to once have been a hunting lodge for King Henry VIII, to be refurbished as a pub and restaurant with a linked hotel with 68 bedrooms.

Mayor Fiaz has been showing her support of the club by wearing a Clapton CFC face covering while shopping. She added: “They are a great club with a real spirit of family, community and camaraderie. Wearing one of their face coverings is doing some real good, with proceeds from sales helping the mothers and children at the Magpie Project in Forest Gate, which is a great gesture.”