Newham Hero Honoured by the Queen on World Homeless Day 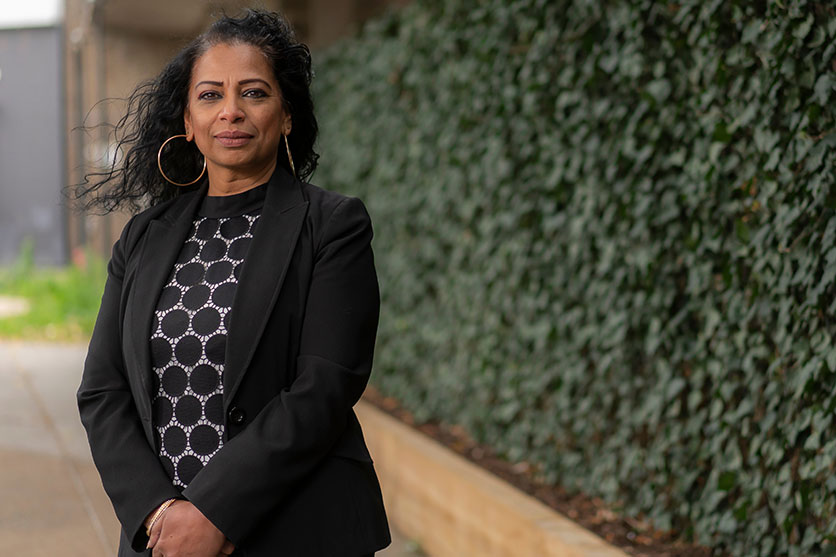 Newham Council is delighted to announce that 30-year Council veteran Ajitha Sajeev has been honoured by the Queen for services to the homeless.

Ajitha Sajeev, 52, who is the Newham’s Street Population Manager, has received the British Empire Medal for her work supporting rough sleepers away from the streets, and onto a path to permanent housing.

Ajitha, who is a very proud mother of two, was born in Singapore then moved from India aged seven with her family to set up home in East Ham. She began working with the Council at the suggestion of her mother, aged 22 and has stayed ever since, working in translation services, housing and finally the street homeless team.

She said of the award; “I am so proud and deeply humbled by this honour, but this work is all about the team and treating people with the dignity, respect, care and compassion they deserve when they are at their most vulnerable. This has never been truer than now with the extra health risks, and anxieties and fear that Covid-19 has brought.

“During the pandemic I have been proud to co-ordinate an amazing effort across various Council services and the faith, charity and voluntary sectors, to reach, and support hundreds of people into safer accommodation’.

“Before the Pandemic hit we had already done a great deal of work through the Mayor’s Rough Sleeping Task Force, to get people off the streets and out of tents. When Covid-19 came the problems became more acute with the closure of Stratford Mall for public health reasons, with many rough sleepers displaced. Today I am proud to say we have no more tents, and no-one beds down in the Mall.

“It makes me very proud, and quite emotional when I see some of the people we have helped, some of whom have been sleeping rough for years resisting efforts to get them off the streets. We’ve genuinely seen lives turned around.”

Newham Chief Executive Althea Loderick said: “We are very proud of Ajitha, and delighted that her fantastic work has been recognised and rewarded. After 30-years at Newham Council she truly deserves this honour.”