Online forms linked to Revenues & Benefit System will be unavailable from 5am Sat 25 until 8am Mon 27 Sep, this is due to a systems upgrade. Customers will still be able to make payments online. 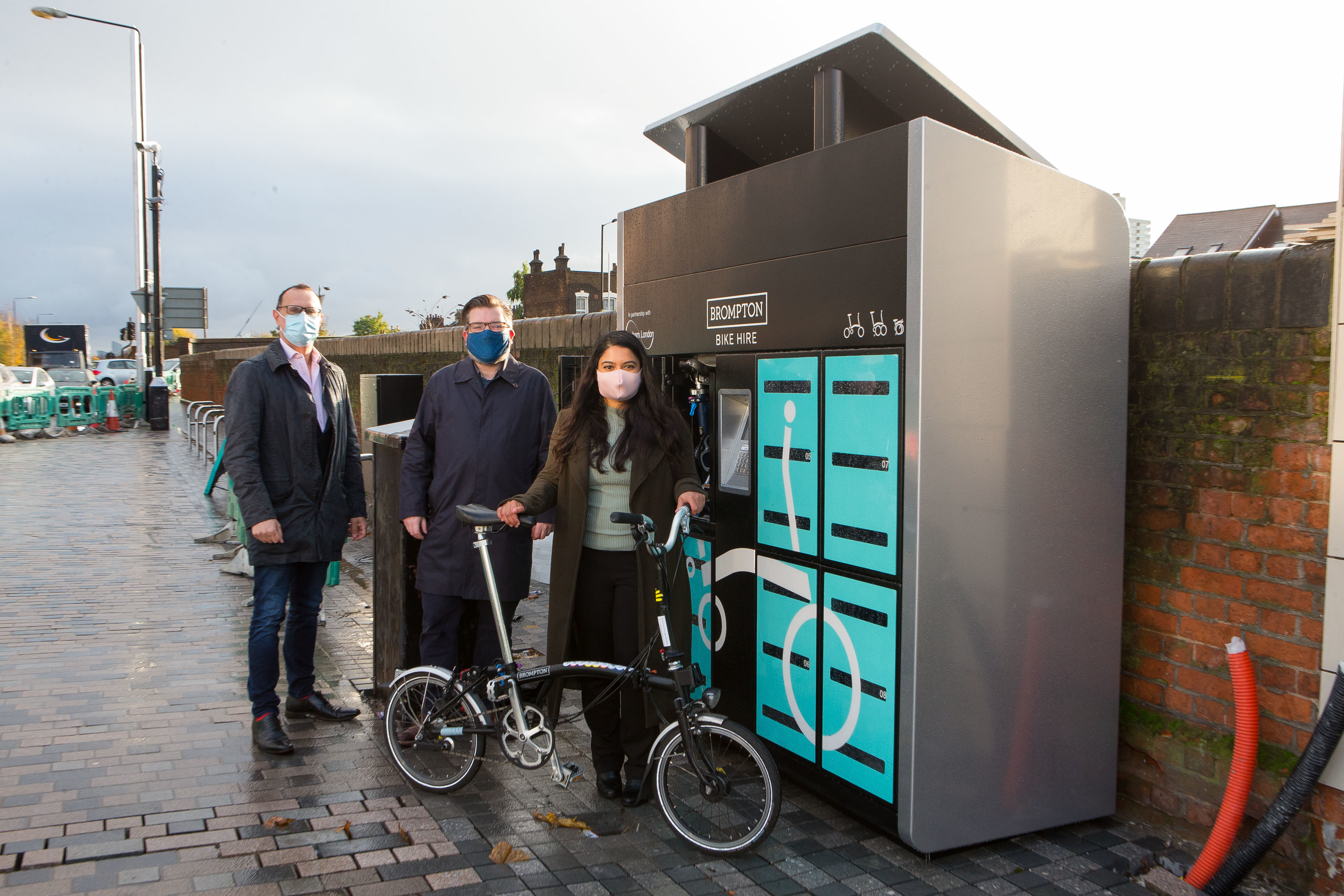 The number of folding bikes available for hire across Newham has been expanded to meet increasing demand from people wanting to cycle in the borough.

The expansion creates a network of 6 Brompton Bike Hire docks conveniently located next to rail facilities making it easier for people to re-think the way they travel.

Newham Council announced in June that Brompton Bike Hire had opened a bike hire dock next to The Crystal building close to the Royal Victoria Dock (DLR) station and the Emirates AirLine cable car, along with plans for a further docking station next to Royal Albert DLR station. There is already a Brompton Hire dock available at Stratford.

Brompton Bike Hire is set to further expand its Newham folding bike offer by setting up another three docking locations near the new Elizabeth Line (CrossRail) stations at Manor Park, Maryland and Forest Gate. The new dock at Maryland opened this week.

Each docking station has at least eight bikes available for hire. Stratford has 16.

Hire charges begin at £3.50 for a 24hr hire. Compared to the lowest price of a Zone 3 travelcard at £8.20, the cost of a day’s hire is significantly less than using public transport.

Councillor James Asser, Cabinet Member for Environment, Highways and Sustainable Transport, said: “The Brompton Bike Hire scheme has been a great success since it first came to Newham. We know there is demand for both cycling and for cycle hire and we are actively encouraging local residents to take more sustainable travel options for getting around the borough, so it is only right that we make more bikes available to help them do so.”

Brompton Bike Hire Managing Director Julian Scriven said: “The new hire location at the Crystal is already proving to be incredibly popular with residents of the Royal Docks and visitors alike and we expect the upcoming locations to be equally well received. The Newham Council and Royal Docks teams have been fantastic to work with and have shown a real commitment to bringing sustainable transport to the Borough.”

For more information on locations and bike availability: www.bromptonbikehire.com