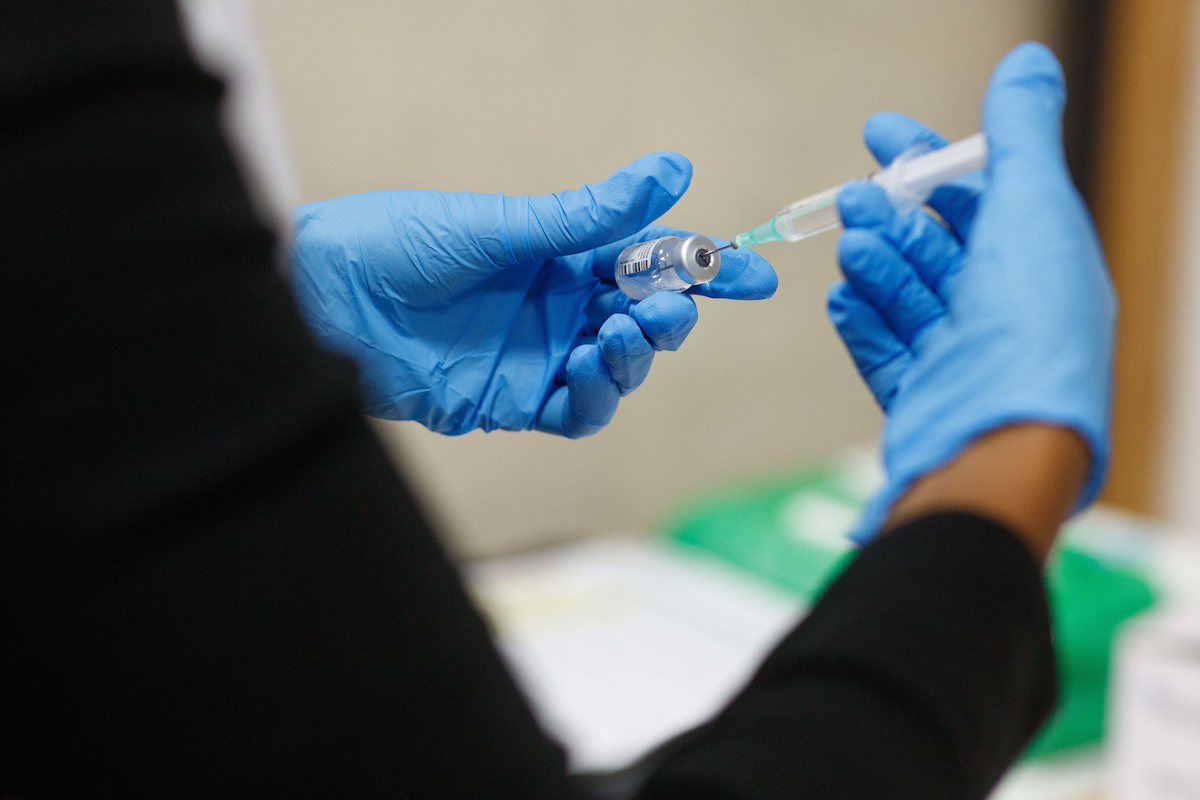 The Mayor of Newham, Rokhsana Fiaz OBE, has today written to the government to request a rightful share of vaccines by the government via the NHS for the London borough.

Mayor Fiaz expressed deep concern that Newham had been amongst the hardest hit from Covid-19, and the lack of vaccines amounted to a “discriminatory practice” against residents most vulnerable to the virus.

The lack of available vaccines mean that only 44 percent of eligible Newham residents have received a first dose of the jabs on offer, and only 25 percent have received their second dose. This is significantly below the London and UK average.

Local health partners have told the Newham Mayor that they have had to “beg and borrow vaccines from areas” in order to generate the right levels of supply for Newham. The Mayor has said that it is “unacceptable to have inequity in the vaccine supply regime” and “this is especially concerning, as the government is considering lifting remaining lockdown restrictions on the 21 June.”

The potential outbreak of the Delta variant is now a major concern, as it poses more contagion risks.

38 percent of Newham’s population is under the age of 24, and the borough has among the highest rates of intergenerational housing in London (as well as overcrowding). Limitations of vaccine supply will inhibit the ability to break the cycle of community transmission.

Mayor Fiaz has asked the government to intervene, as a matter of urgency, to ensure that Newham have the vaccines needed to protect its population and to prevent a surge in infections.

Rokhsana Fiaz OBE, Mayor of Newham said: “Newham’s response to Covid-19 since last March has been nationally recognised by the government, NHS and Public Health England. We are asking for supplies that will provide a life-saving mass vaccination program to all our eligible residents.

“I am determined to fight for our residents to get the vaccines they have a right to so everyone can get vaccinated at speed. I won't allow the people of Newham to be left at the back of the queue.”

In addition to urging the government to act, Mayor Fiaz had also called for a mass-vaccination event to take place in Newham. This has been agreed and will take place at London Stadium, Queen Elizabeth Olympic Park, Stratford, E20 1DB from 10am until 8pm with the aim of providing 10,000 vaccinations to those aged 25 plus. The event will be an appointment only event and those turning up are urged to do so via public transport as no parking will be available.

Mayor Fiaz said:
“We need action in Newham and this mass-vaccination event will help us deliver more vaccinations to those who need it. I urge anyone over the age of 25 who has not had the vaccination to make an appointment via Eventbrite I want to applaud my colleagues in the NHS who have worked with us in creating such a big and vital event in such a short space of time.”

“Whilst we have called on the government to act and do their bit, we in Newham, are determined to do all we can to get our residents safe. This summit will bring together everyone who can provide a vital ink into communities so that we ensure as many people as possible are vaccinated. We will do everything we can to ensure this happens.”

Read a letter from Mayor of Newham to Nadhim Zahawi MP - Newham is not getting its rightful share of COVID vaccines.