My Newham will be unavailable from 5.30pm Friday 28 January 2022 to 9am Monday 31 January 2022 for essential upgrade works Read more about My Newham upgrade 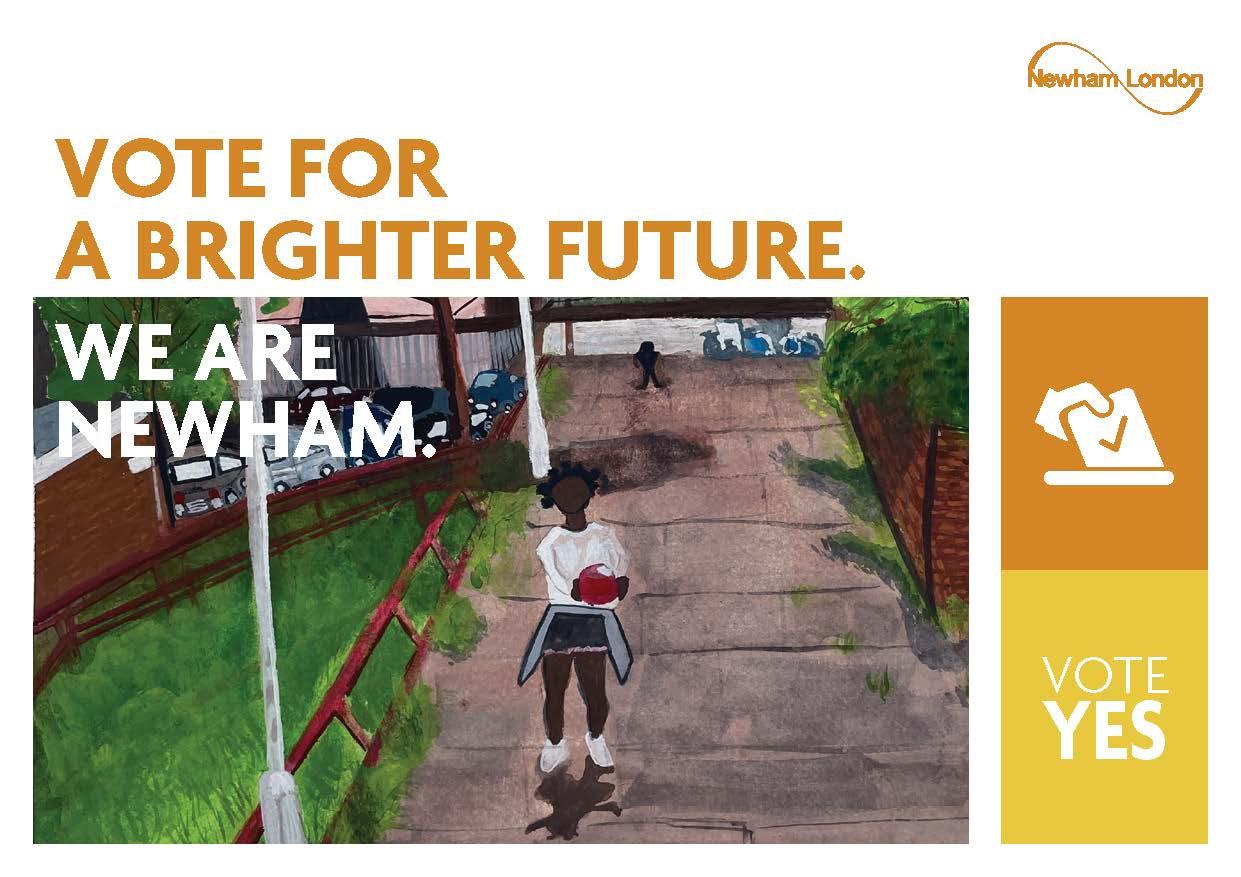 Residents gave the green light today (15th December 2021) to a people-powered plan to restore the Carpenters Estate into a vibrant neighbourhood in the heart of Stratford.

Residents gave the green light today (15th December 2021) to a people-powered plan to restore the Carpenters Estate into a vibrant neighbourhood in the heart of Stratford. 73% voted yes in a ballot on regeneration plans to deliver new high quality homes that people can afford.

With a voter turnout of 66.5%, including residents who have moved off the estate but who have the ‘right to return’, Newham Council and its housing delivery team at Populo Living will now deliver on the promise to Carpenters residents to build a brighter future for them from the New Year.

Following the outcome of the residents’ ballot, the Carpenters Estate will undergo one of the most ambitious and largest estate regeneration programmes in London, delivering more than 2000 high quality and sustainable homes, more than 1000 of which will be available at social rent.  As part of the Council’s climate emergency response, 314 existing homes on the estate will be restored to the highest green economy standards including the refurbishment of James Riley Point starting in 2022.

Mayor Rokhsana Fiaz said: “After years of false promises and the failures of the past, I am over the moon that residents on the Carpenters Estate, including those who have a right to return, have decisively voted to support this people-powered masterplan.

When I became Mayor, I put an end to the Council’s previous joint venture plans and made a promise to residents to work collaboratively with them on the future of the estate as their advocate who will always be on their side.

Since that time, more than three years on, hundreds of hours of conversations in meetings and workshops have given the green light to this next chapter of hope for the Carpenters Estate.

I am excited for its future and for local residents who will benefit from over £1 billion of Council investment in high quality new homes they can afford, and a wonderful community centre which will be the thriving heart of the estate. After so many years of being let down, they finally have certainty about the future of the Carpenters Estate. I can’t wait to see it transform into a vibrant neighbourhood for our people in Newham to live in and call home.”