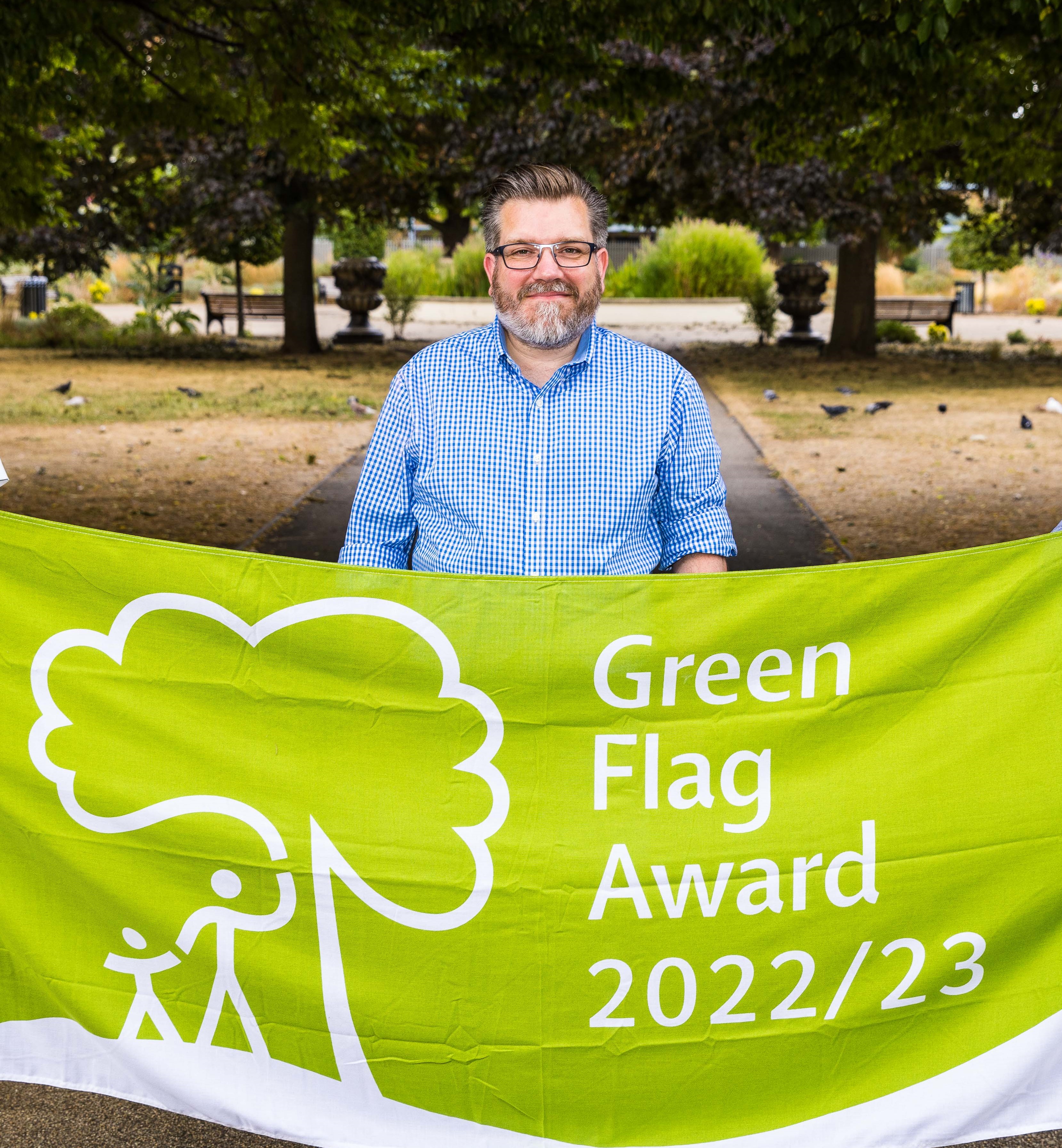 Newham Council is celebrating after receiving Green Flag Awards for six of its parks. The award is the international quality mark for parks and green spaces.

Plashet Park retains the accolade for the seventh year in a row and Central Park celebrates its second year as a Green Flag winner.

Joining them in becoming some of the country’s best parks are:

The awards recognise the valuable service Newham Council and all our volunteers provide in maintaining these green spaces for the community.

The parks were visited by Green Flag judges who were shown around by council officers, and given the opportunity to learn about the parks from local stakeholders including school children, community volunteers and partner services.

“I’m incredibly proud to hear we have received six awards this year building on the two from last year.

“I would like to thank all those people who have helped to keep the parks beautiful, safe and tidy. It is such a great achievement to jump from two parks to six in a year but shows how hard the parks service and volunteers have worked to maintain and improve our parks and green spaces.

“Our parks have always played a vital role in bringing people together to enjoy themselves, stay connected and keep active, and over the last few years our parks have become even more well-loved by the community. These awards celebrate what fantastic places our parks are.”

The Green Flag Award scheme, managed by environmental charity Keep Britain Tidy under licence from the Ministry of Housing, Communities and Local Government, recognises and rewards well-managed parks and green spaces, setting the benchmark standard for the management of recreational outdoor spaces across the United Kingdom and around the world.

“I would like to congratulate everyone involved in making these parks worthy of a Green Flag Award.

“They are vital green spaces for the community in Newham. This award is testament to all the hard work of staff and volunteers, who do so much to ensure that it maintains the high standards demanded by the Green Flag Award.”

As part of Building a Fairer Newham, the Council will continue the investment in our parks so that at least 10 parks in the borough are awarded the nationally recognised Green Flag by 2026.