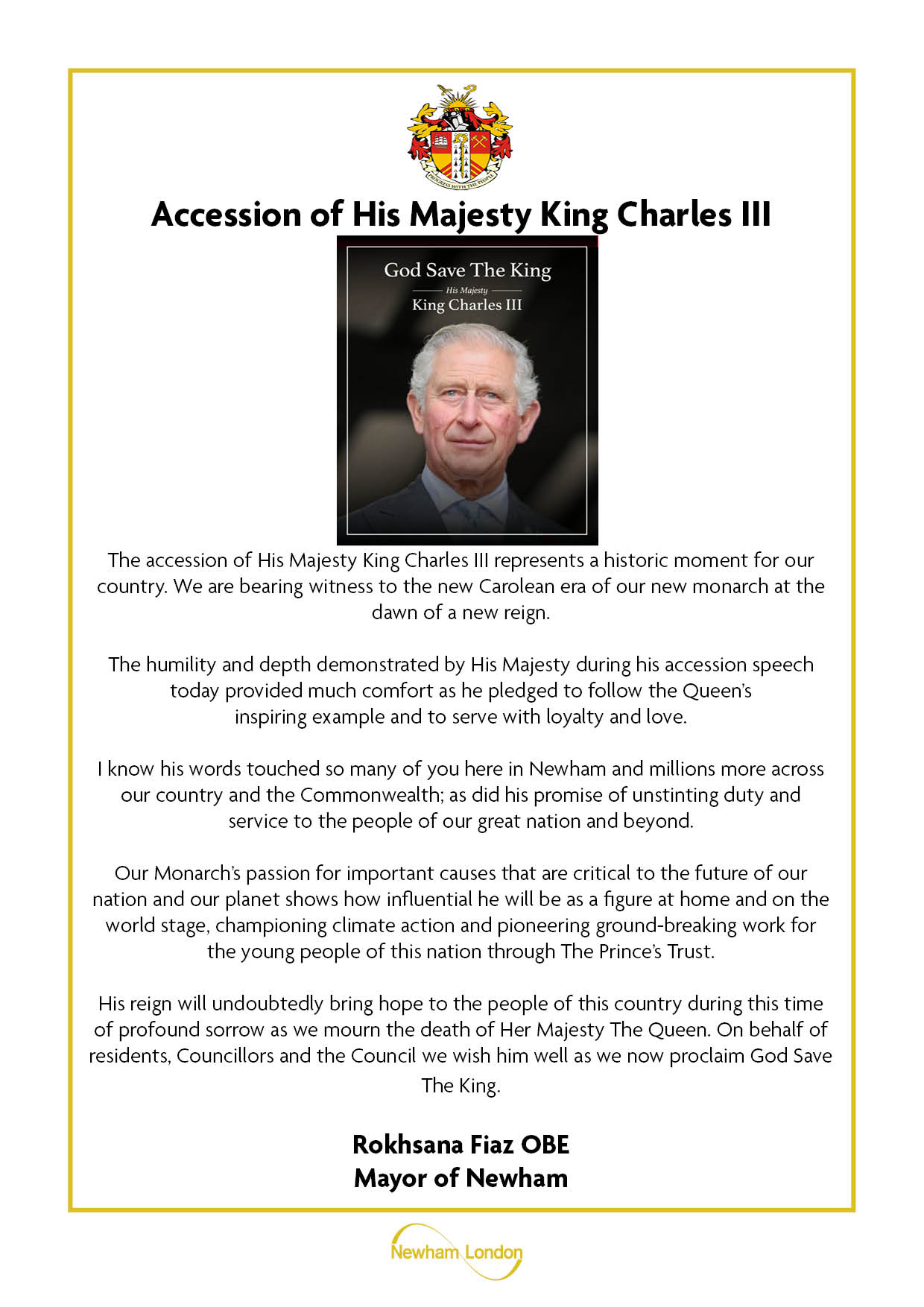 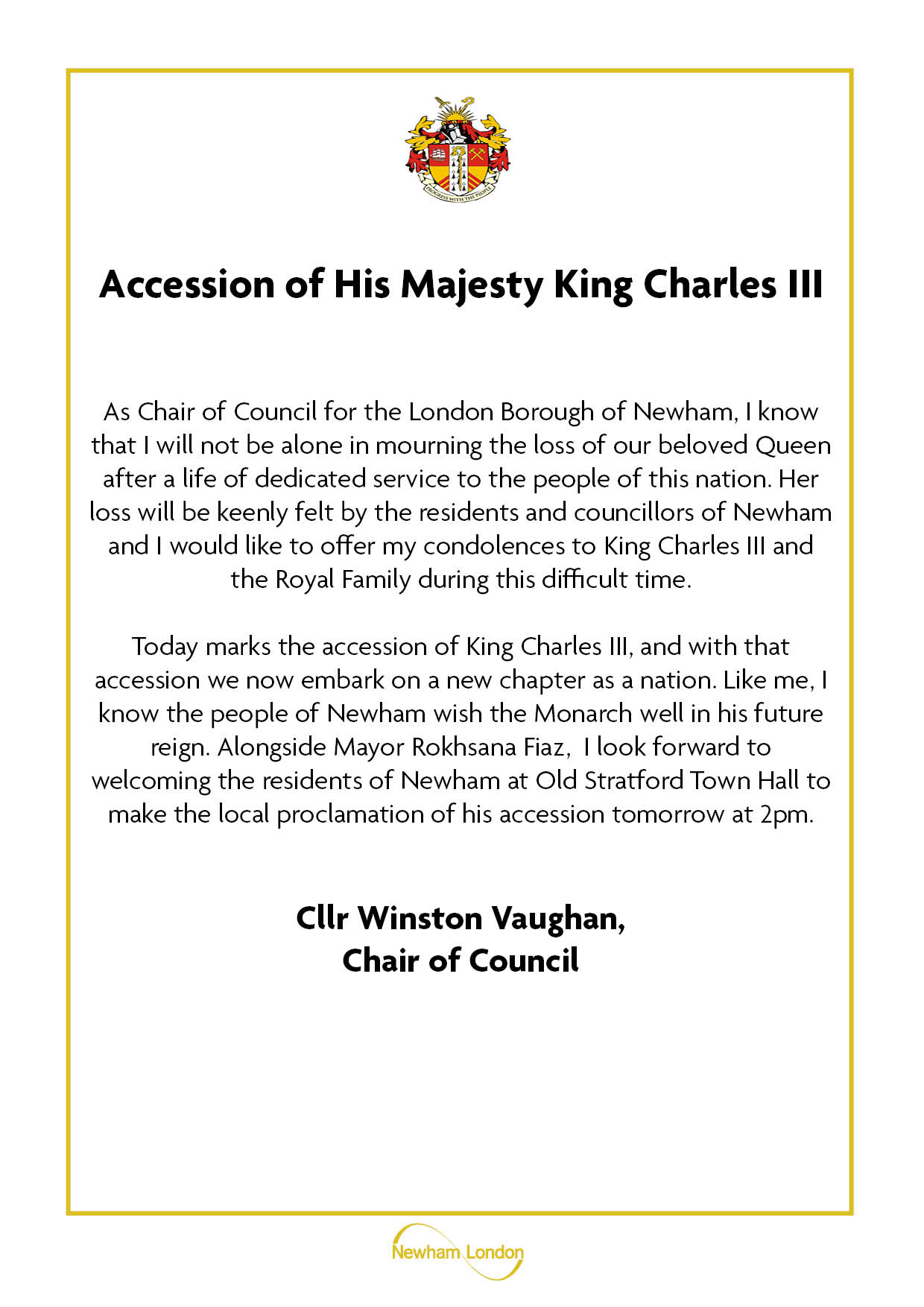 The accession of His Majesty King Charles III represents a historic moment for our country. We are bearing witness to the new Carolean era of our new monarch at the dawn of a new reign.

The humility and depth demonstrated by His Majesty during his accession speech today provided much comfort as he pledged to follow the Queen’s inspiring example and to serve with loyalty and love.

I know his words touched so many of you here in Newham and millions more across our country and the Commonwealth; as did his promise of unstinting duty and service to the people of our great nation and beyond.

Our Monarch's passion for important causes that are critical to the future of our nation and our planet shows how influential he will be as a figure at home and on the world stage, championing climate action and pioneering ground-breaking work for the young people of this nation through The Prince's Trust.

His reign will undoubtedly bring hope to the people of this country during this time of profound sorrow as we mourn the death of Her Majesty The Queen.  On behalf of residents, Councillors and the Council we wish him well as we now proclaim God Save The King.

As Chair of Council for the London Borough of Newham, I know that I will not be alone in mourning the loss of our beloved Queen after a life of dedicated service to the people of this nation. Her loss will be keenly felt by the residents and councillors of Newham and I would like to offer my condolences to King Charles III and the Royal Family during this difficult time.

Today marks the accession of King Charles III, and with that accession we now embark on a new chapter as a nation. Like me, I know the people of Newham wish the Monarch well in his future reign. Alongside Mayor Rokhsana Fiaz,  I look forward to welcoming the residents of Newham at Old Stratford Town Hall to make the local proclamation of his accession tomorrow at 2pm.